Comic books provide an intriguing way of telling stories through words and visuals that offer a unique way of recounting historical events and anecdotes that give readers of all levels a sense of enjoyment.

In 1897, the first acknowledged comic book in history was penciled, titled “The Yellow Kid in McFadden’s Flats,“leading to the growth of comic books, which have become a vital part of American culture.

Over time, the popularity and rarity of comic books have equipped comic book collectors with an investment opportunity, steering us to unveil the top 20 most valuable comic books on the planet.

Kicking off the list of the 20 most valuable comic books on the planet is the first issue of The Amazing Spider-Man, a Marvel comic dedicated to the web-slinger, following his smashing success in Amazing Fantasy #15.

The debut issue of Amazing Spider-Man introduces J. Jonah Jameson, the editor-in-chief of the Daily Bugle, and the Chameleon, the original adversary of Spider-Man. Iconic comic book writer, Stan Lee, added another element to The Amazing Spider-Man, delivering a crossover with the Fantastic Four.

The most valuable copy of The Amazing Spider-Man merited a 9.6 by the Certified Guaranty Corporation (CGC), with only two copies of the historic comic warranting a higher grade.

The Amazing Spider-Man is one of the most favored comics of all-time, now in its 6th volume, with over 900 issues published.

This particular copy of Marvel Spotlight #5 received a CGC 9.8, tied for the most coveted copy, along with three other comics.

Since Marvel introduced Ghost Rider #1 as a western comic in February 1967, the Ghost Rider has remained one of the most distinctive Marvel comics ever produced, led by the supernatural Johnny Blaze and his flaming skull.

Avengers #1 is a 22-page account that divulges the origin story of the Avengers, comprised initially of Thor, Iron Man, Ant-Man, Wasp, and the Hulk. Stan Lee also penned Teen Brigade and the Fantastic Four into the Avengers celebrated comic.

The record-breaking sale for Avengers #1 is certified a CGC 9.6, one of six copies that accepted the comics’ highest grade.

Since Avengers #1 debuted in 1963, the Avengers have been one of the most profitable franchises in Marvel history, with Avengers: Endgame the second highest-grossing film of all time.

The 39th issue of Tales of Suspense is a 36-page comic book, 14 pages dedicated to the origin of Anthony “Tony” Stark as Iron Man. The comic recounts Tony Stark, a brilliant inventor, and billionaire who creates a mechanical robot suit of armor to escape captivity, becoming the Invincible Iron Man.

The most expensive Tales of Suspense #39 on record bears a CGC 9.6, with just one copy achieving a higher grade.

Iron Man has played an enormous role in the advancement of superheroes, from being a founding member of the Avengers to countless plots throughout Marvel Comics, not to mention the superheroes’ self-titled series with Iron Man #1 in 1968.

The 83rd issue of Journey Into Mystery introduces Doctor Donald Blake as Thor, the God of Thunder. The plot follows Dr. Blake’s voyage to Norway, where he inadvertently transforms into Thor and defeats the Stone Men from Saturn.

This sale of a CGC 9.4 copy of Journey Into Mystery #83 set a historic record for the comic, while just one copy attained a higher grade by CGC.

Thor is arguably one of the most loved comic book superheroes of all time and continues his reign, as over 700 comics have been issued. For good measure, Thor is also a significant player in the Marvel Cinematic Universe.

The first D.C. Comics on the list is Flash Comics #1, marking the debut of Jason Peter “Jay” Garrick, the first superhero known as The Flash. The plot follows Jay Garrick, a Midwestern University student who succumbs to a laboratory accident and unintentionally inhales hard water gas, enabling him to move at superhuman speeds and harbor swift reflexes.

It’s easy to understand why this is the most valuable copy of Flash Comics #1 in existence, as it endures a CGC 9.6, the highest graded copy in the CGC Census.

In total, D.C. Comics published 104 Flash Comics, and the character continues to be rather successful as one of the founding members of the Justice League.

Detective Comics #140 remains significant to this day as it features Edward Nigma, otherwise known as The Riddler, a criminal mastermind, supervillain, and one of Batman’s most well-known adversaries.

The 52-page comic is authenticated with a CGC 9.6, the finest copy of Detective Comics #140 ever recorded.

Surprising absolutely nobody, the most recent Batman film (2022) incorporates The Riddler, who remains one of Batman’s most notorious archenemies to this day.

Phantom Lady, one of the first superheroine in comic book history, originally made her debut in Police Comics #1 (1941). However, Phantom Lady #17 is often considered the most coveted in the series, mainly due to the comics’ acclaimed and seductive cover.

This CGC 9.6 copy of the Phantom Lady #17 is the highest certified copy by CGC, which only has a CGC census of 101 copies.

Like Detective Comics #140, Phantom Lady #17 is also part of The Promise Collection and endures a CGC Pedigree Certification Label. Moreover, both comic books sold for the same amount during Heritage Auction’s 2021 Comics and Comic Art Signature Auction, which ran from June 17 to June 19.

Phantom Girl #17 continues to be the most sought-after comic from the series and is a distinctive investment piece for any comic book collector.

Marvel Comics debuted Bruce Banner as the Incredible Hulk in May 1962, which ran for six total issues. The Hulk reappeared in Tales to Astonish in 1964, reviving the character, ultimately garnering traction, and once again becoming its own series with The Incredible Hulk volume 2 in 1968.

While this distinct copy of a CGC 9.0 Incredible Hulk #1 sold for a record-breaking $490,000, there are seven copies with a higher grade, signifying the prospective astronomical value of the comic in more mint condition.

Although the Incredible Hulk had a brief hiatus in the 1960s, the ongoing comic book series continues to thrive, with over 750 issues released by Marvel Comics.

Sold in June 2022 to a private collector, this is officially the most valuable copy of The Brave and the Bold #28, not to mention the highest graded copy as well, certified a CGC 9.6.

The 28th issue of the Brave and the Bold holds immense historical volume, as the Justice League of America is one of the most prominent teams of superheroes in comic book history, hence the six-figure price tag.

X-Men #1 is the origin story of the X-Men, showcasing Angel, Beast, Cyclops, Iceman, and Marvel Girl, along with the first appearance of Professor X and Magneto, one of the most prominent antagonists of the X-Men.

According to the CGC Census, only four comics have warranted a CGC 9.6, with only two copies in better condition, both receiving CGC 9.8. As such, a copy of the X-Men #1 has the potential to reach the $1 million plateau should a CGC 9.8 go up for auction.

Despite being canceled in 1970, just a few years after its debut, the X-Men had a triumphant revival in 1975, becoming an extremely prevalent Marvel Comics series in the process.

Certified with a CGC 9.2, this copy of Fantastic Four #1 is one of the most well-preserved copies, with just five copies in more mint condition.

Making a transition from Timely Comics to Marvel Comics in the early 1960s, historians have deemed that the start of the Marvel Universe began with Fantastic Four #1. The first issue of Fantastic Four also solidified the rise of Stan Lee and Jack Kirby, two of the most iconic comic book visionaries. At the same time, Fantastic Four #1 is also the first comic on the list to surpass the $1 million threshold.

The astronomical sale of All Star Comics #8 in the summer of 2022 bears a CGC 9.4, the highest graded copy of the comic in existence.

All Star Comics #8 comprises individual chapters of Dr. Mid-Nite, Dr. Fate, The Atom, The Sandman, Hawkman, The Spectre, and Johnny Thunder. More significantly, it highlights the origin and first appearance of Wonder Woman.

The most cherished issue of Detective Comics is hands down #27, which starts with the story “The Case of the Chemical Syndicate,” introducing the world to Bruce Wayne as Batman. Detective Comics #27 also introduces Gotham City Police Department Commissioner James Worthington “Jim” Gordon. In other respects, the initials for D.C. Comics emerge from Detective Comics, an American comic book series that began in 1937.

The whopping $1.74 million sale of Detective Comics #27 is graded a CGC 6.5, though eight copies are graded higher, cementing the comics’ prospective value in a higher grade.

Batman’s origin story is just six pages long, yet the 27th issue of Detective Comics is arguably one of the most essential and revered comics from the Golden Age of Comic Books.

After the debut of Detective Comics #27, the Caped Crusader merited his own series in the spring of 1940, known as Batman #1. The first issue of Batman from D.C. Comics marks the first appearance of The Joker, criminal mastermind and adversary of Batman, and Catwoman, referred to in the comic as The Cat.

After the origin of Batman in Detective Comics #27 and the ongoing series of Batman by D.C. Comics, the defender of Gotham is arguably the most recognized superhero ever penciled.

This copy of Marvel Comics #1 is rated a CGC 9.2, the second highest certified copy of the iconic issue, with just one copy in more mint condition, enduring a CGC 9.4.

This exact copy of Marvel Comics #1 is known as the “Pay Copy,” as the famed publisher, Lloyd Jacquet, penciled on the cover of the issue with payments to those who contributed to the beloved comic.

One of the lowest recorded comics on the list, the CGC Census only depicts 43 copies of the Man of Steel’s comic book debut. Bearing a CGC 8.5, only two copies in the world are graded higher.

The Man of Steel is amongst the most popular superheroes year after year, and the significance of his origin story depicts just how remarkable his presence has become in mainstream media.

Amazing Fantasy #15 provides the origin of Peter Parker, who gains superhuman strength, speed, and agility after being bit by a radioactive spider at General Techtronics Laboratories East. The 15th issue of Amazing Fantasy also exemplifies adored characters Uncle Ben and Aunt May.

Graded a CGC 9.6, this copy of Amazing Fantasy #15 is the second most worthy Comic in history. This exact copy is listed for sale on Heritage Auctions for $5.4 million, an amount that would be the most valuable Comic of all time.

Spider-Man is often regarded as the most relatable superhero due to his quirkiness and relatability, leading to his popularity, illustrated as the most searched superhero, with five million monthly searches.

While Superman made his debut in Action Comics #1, the first issue of Superman, which documents Clark Kent’s first day working at the Daily Star newspaper, is significant in that it became the first time a superhero received a self-titled series.

Earlier this year, the first issue of Superman became the most valuable comic book in existence, fetching $5.3 million in a private sale. Only 71 Universal Superman #1 copies are currently graded, and this CGC 8.0 copy is the second-highest grade, with just a single copy graded higher.

The 64-page comic book solidified the Man of Steel as a cultural and universal icon, setting the standard of comic books for future generations.

The Everlasting Significance of Comic Books

The aforementioned comic books are the most valuable one’s ever sold, as many of these have very low populations, with even fewer possessing grades in mint condition.

As more and more people have admired the unique art, characters, storytelling, and collectible aspect of comic books, the value of these top 20 comic books of all time will only appreciate. 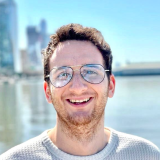 I'm Cameron, and I'm an experienced freelance sports writer. My work has been featured in Gusata, Thrillpack Cards, Graded Card Investor, WorthPoint, and Otis Wealth, to name a few. When I'm not writing, I enjoy photography, eating breakfast foods, and playing soccer with my daughter.