At the $1,000 mark, mechanical and automatic watches become a viable prospect. You’ll be able to avoid many of the flaws found with cheaper models, which are made with inferior parts, or mass-produced with no care to the overall build quality.

Many automatic watches are seen as a luxury item, due to the very nature of how they work.

What is an ‘automatic watch’? The term directly refers to the chain of gears, springs, and rotating weights that keep it moving, as opposed to traditional watches which needed the wearer to manually turn the crown over and over.

You’ll generally be able to tell immediately, as most will display an ‘Automatic’ logo on the front of the face. But which are the best automatic watches, and can you get a good one for under $1000?

The good news is, while they might not match up to the most luxurious options, there are still a number of great  automatic watches within a lower price bracket. A number of noteworthy brands are vying for attention at the mid-range tier, and we’ve listed several of the best models below.

Best Automatic Watches To Invest In

Here’s a list with seven of the best automatic watches you’ll be able to find for $1000 or under. They’re listed in no particular order, but we’ll begin with a strong candidate.

It’s hard to find better than the Seiko Prospex range if you’re looking for a watch that can do it all. The Japanese brand is a top seller, while they have a wealth of experience to draw on.

Of course, it’s powered by an automatic movement, while it’s a capable dive watch in it’s own right. This model will last to 200m, and it also has manual winding capacity. The Prospex comes with a unidirectional rotating bezel, and there are no numbers on the face itself.

If you’re not a fan of the black and white motif, there are a number of variations within the same price bracket. For example, you can check out our guide to the PADI, which was produced with help by the Professional Association of Diving Instructors.

It may not be the most expensive option to make the list, but it’s a great watch that shouldn’t be overlooked. However, you will see others frequently, so it won’t stand out unless you look at special editions.

Next up is the Tissot Gentleman Powermatic 80 Sicilium. As the name suggests, it’s ‘Powermatic’ rather than automatic, but that’s just a term they use to describe their superior battery life. As for the 80, that’s used to highlight the presence of an 80-hour power reserve, which is the best to make the list by a decent margin.

(For example, the Prospex found above only lasts for 41 hours, while the William Wood watch found below has a 38-hour power reserve.)

It’s clearly a great choice if you need to keep going for longer, and it’s also a stylish piece when considering the overall design. It comes with an exhibition case-back showing the movement and rotor engraved with a ‘Waves of time’ decoration, along with a stainless steel strap. This Tissot watch also offers minor water resistance, up to 100m. It’s a stylish option at the higher end of the scale, and it’s hard to argue with either the looks or the extended battery life.

English watchmaker William Wood is nowhere near as well-known as the two found above, especially as the company was only founded in 2017. Regardless, they’ve carved out a piece of the market for themselves over the past three years, going so far as to be picked as one of GQ & Esquire’s ‘Best Men’s Watches to Buy in 2020’.

Their Red Watch is a limited edition piece, released as part of the Valiant collection. It celebrates the UK Fire Service, as William Wood is actually the grandfather of the founder, who served in the British Fire Service for over 25 years while winning commendations for his acts of bravery.

The perimeter of the dial features the exact checkered markings from the side of a British fire engine, and the second hand has been designed to look like the chime from an old fire engine bell. It’s a great statement piece, and one that is sure to stand out from the crowd.

There are a couple of features which help the Victorinox Swiss Army I.N.O.X. Mechanical Watch to make the list. Firstly, the intricate guilloche pattern on the dial is not only a standout, timeless detail, it’s also designed to mimic a Swiss Army Knife handle. (It looks great.)

Secondly, Victorinox has created a first of its kind, in the form of a wooden strap. Strong, durable and crafted onto a leather base, they claim that it’s ‘the perfect innovation that goes hand in hand with our environmental commitment’. It’s great if you’re looking for an automatic watch with a low carbon footprint. Of course, they offer a stainless steel version too, if you’re not interested in the idea of paying good money to wear wood on your wrist.

There are grey, black and blue versions to keep an eye out for, with each changing the colour of the face, along with the strap. Price wise, it’s at the higher end, but it is fairly unique, and offers a couple of innovative ideas when looking at the overall design.

As with the others, it’s Automatic, and you’ll be able to tell by checking out the face. It also has a small ‘Swiss Army’ logo found on the front.

*They were founded in 1892 as an American company, although Hamilton Watch Company ended American manufacture in 1969.

A rough and ready timepiece, the Khaki Field collection includes classic army style watches that have been tried and tested over time. Rugged, robust and resilient, they’re reliable outdoors and can compete with many of the best sport watches out there.

The Auto watches are available in a number of different styles and colours, with leather, steel, and mesh straps. The numbered face stays the same, although the colour may correspond with the strap depending on the model you’ve chosen.

If you’re looking for an automatic watch that is sure to go the distance, the Khaki Field could be the perfect choice. It benefits from an impactful design, thanks to a bold military inspired look that’s backed up by the strength and accuracy of the exclusive H-10 automatic movement.

The DOXA Sub 200 Professional is a beautiful piece, especially when looking at the orange and yellow variants. First unveiled at Baselworld 2019, this 3-hand diver’s watch has a case made of stainless steel.

At a diameter of 42 mm, the SUB 200 is topped by a scratch-resistant sapphire crystal with an anti-reflective coating and the distinctive curvature of the domed plexiglass used in the past.

Waterproof to a depth of 200 meters, the model features a unidirectional rotating bezel. All of the elements providing dive-relevant information, including the bezel, have Super‑LumiNova luminescent coating. The bracelet is stainless steel and features a folding clasp with the DOXA fish symbol, while the SUB 200 is available in 6 dial colors, with the option of a tone-on-tone rubber strap or a steel bracelet.

Retailing for $990, it’s just under budget. The look might be too garish for some tastes, and it won’t match every professional setting. However, it’s another strong statement piece, as long as you don’t mind that it’s a diving watch first and foremost.

Last, but by no means least, is the Longines Conquest. They see the line as the ‘quintessential expression of the brand’s sporting elegance’. As such, special attention was paid to the aesthetics of the bezel, as well as the cabochon crown and the links. A subtle blend of performance and elegance, the Longines Conquest includes technical features that aim to meet the requirements of sportsmen and women.

It lasts for up to 64 hours, while you’ll find a small automatic logo on the face, as well as a note that it works up to 300m. The watch has a refined look, and benefits from being Swiss-made. The Conquest range is another line which is at the upper end of the $1000 budget, although they do have a handful of cheaper models to choose from.

If you’re on the market for something special, check out our review of the Longines HydroConquest Ceramic, which takes it up a gear.

As you can see, there are lots of great automatic watches which retail for under $1000, or thereabouts. Given their accessibility, they’re immensely popular, which is the reason why there’s a significant market when looking at resale options. Second hand pieces may offer a more affordable route to owning one of the watches found above, but the same can’t be said for rarer limited editions. We’d recommend the latter if you’re hoping to buy a watch as an investment, rather than to use as an everyday item.

The majority of mid-range watches are now automatic, as the materials and intricacy give manufacturers another excuse to charge more than usual. That’s not to say that they aren’t worth it, especially when considering the precision and the overall power reserve. The list contains a number of viable options which are stylish and functional, along with offering brand recognition, making for an impressive package.

They might not be as popular as true luxury watches such as vintage 1960’s Rolex models, but they’re clearly worth the outlay if you want something which is a cut above the rest.

Meanwhile, if you’re willing to spend a little more, the automatic Baume & Mercier Classima comes in just over budget. It’s one of the better watches not to make the list, and could be worth checking out 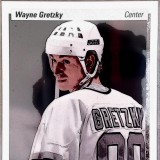 I believe certain sports cards, sneakers, fine art, luxury watches, and first-edition books can be an excellent alternative investment to stocks, bonds, and real estate. I strive to provide simple, straightforward advice that is objective, independent, and honest, helping you get the most for your money in the alternative investment world.