Cade Cunningham’s rookie card should be a solid play for this upcoming NBA season, and look at his base Prizm RC in terms of maximum return on investment.

Cade Parker Cunningham is a professional basketball player for Detroit Pistons. He grew up playing football as a quarterback but later focused on basketball after watching his brother play it in college.

Cade made his debut on August 9, 2021, in the NBA Summer League, in which he posted six points and two assists in only 26 minutes. Two months later, he made his NBA debut in a win over Orlando Magic (see highlights of this game below).

Five games later, Cunningham achieved his first 40-plus field-goal percentage, and a month later, he became the youngest player in the history of the NBA to tally 25 points in 51 days, as well as eight rebounds and assists.

Now that you are familiar with Cade’s career and history, you might consider buying some of his rookie cards. Let’s take a look at the top 5 Cade Cunningham rookie cards!

The first card shows Cade in motion in a Detroit Pistons uniform. The card is simplistic and has no detailed information on the front side. You can notice the Flux logo on the bottom left and a “Rookie Card” inscription on the bottom right.

On the back side, there is also a picture of Cade and some interesting facts about this career. You can also see the Prizm and Panini logos on the top of the card.

This is another quite valuable card that you might consider buying. On the front side, you can see Cade in a Detroit Pistons uniform a moment before passing the ball. You can also see a significant signature of Cade and a small RC logo on the top left.

On the back side, there is an interesting fact about Cunningham and some statistics about his career. There is also a picture of Cade and a Detroit Pistons logo. The card is currently listed at quite a reasonable price, so check it out.

This card shows Cunningham in a cartoony style with bright colors. He is in the air a moment before shooting the ball. You can also notice some graffiti in the background; the card is colorful, contrasting bright orange and white.

The back side looks kinda similar. There is the same picture of Cunningham, with “Kaboom!” graffiti behind it. You can also see Detroit Pistons and Panini logos on the backside.

This card is currently listed at a very affordable price, so you might consider trying it. The card design looks like another card in the picture, with Cade holding the ball in his Detroit Pistons uniform. It is simple and minimalistic, with a nice contrast between white and blue.

The back side is almost entirely blue. It has a Detroit Pistons logo on the top and an interesting fact about Cunningham’s career below the logo.

Hoops RC #201 is another affordable yet valuable card. It has a minimalistic retro design, especially on the backside. You can see Cunningham in motion on the front side, running towards the opponent’s side.

The back is plain, with no colors – only black and white. There is a small picture of Cade on the top right and an interesting fact about the start of his NBA career and joining the Pistons. You can also see some statistics about his performance.

These are just a few of many articles regarding Cade heading into the upcoming NBA season:

“The Engine-Driving Piston: Is Cade Cunningham on the Cusp of a Breakout Second Season?”

As you can see, we’re not the only ones thinking Cunningham is in for a big season with the Pistons, and his rookie card prices will most likely rise leading up to the NBA opener.

Investment Disclosure: We own two Cade Cunningham Prizm base rookie cards and may buy another two or three within the next month. 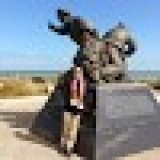 He owns and operates the Sports Bank and co-hosts the "Let's Get Weird, Sports" podcast on the SB Nation/Vox Media network. He also appears regularly on WGN television, and on numerous sports talk radio programs across the country. He is a former regular contributor to Chicago Tribune.com, NBC Chicago.com, and the Washington Times.com. Paul M. Banks author of two books: "Transatlantic Passage: How the English Premier League Redefined Soccer in America" and "No, I Can't Get You Free Tickets: Lessons Learned From a Life in the Sports Media Industry."