Digital art, like NFTs, has taken the world by storm. So much so that you might even hear your mailman talking about Bored Ape NFTs.

Non-fungible tokens (NFTs) are cryptographically signed assets on the blockchain. Each NFT is unique and cannot be duplicated, which makes NFTs fundamentally different from fungible tokens like cryptocurrencies which are replicable. Since NFTs are unique, they can be tokenized to represent all physical assets like art and real estate. They mainly represent collectibles like digital artwork, sports cards, and other unique items.

Some of the wealthiest and most influential people worldwide have poured millions of dollars into acquiring these assets, believing them to be great stores of money even though the crypto market is highly volatile. That being noted, today we’re going to share some of the most expensive and famous NFT sales.

There is a lot of debate around this one since the sale was technically invalid. The price of this NFT was artificially inflated (probably to pull off the most expensive NFT sale stunt) around October 2021. The owner took out a loan and bought the NFT from himself, paying back the loan in a whopping $532,414,877 transaction. The creators of Larva Labs considered the transaction invalid and crossed it out, but it remains one of the top transactions on their website.

Larva Labs created 10,000 unique art pieces in their CryptoPunk collection, starting the tradition of the 10K NFTs. The collection was created before ERC-721 tokens were standardized, making it a particular case for another reason. The real value of the art piece was calculated to be around $276,000.

Pak is perhaps the most famous and well-known artist in the crypto market. The true identity of Pak is unknown, and some people believe that they might not be a single person but a group of people instead. Apart from their art, Pak is also known for making an internet bot for resharing media based on how a user interacts with content on social media and creating a platform that destroys NFTs permanently to generate a cryptocurrency known as Ash.

Pak has sold NFTs on platforms like Sotheby’s, Nifty Gateway, and Super Rare. Since most people consider the sale of CryptoPunk #9998 a fluke, the sale of “The Merge” is considered the truly most expensive NFT sale of all time. This famous NFT was sold on Nifty Gateway for $91,806,519. It is part of a collection that was released on Nifty Gateway, in which 28,000 collectors joined forces to purchase 312,686 unique NFTs to merge them to create this fantastic masterpiece.

Michael Joseph Winkelmann, better known by his artist name, Beeple, is an American artist famous for his NFTs. Beeple started working on his piece called Everydays: the First 5000 Days in May 2007. He made single pieces for 13 years and posted them online to prove he made a new piece daily. He made 5000 pictures in 13 years.

The commitment and consistency that went into making this piece instantly made Beeple famous. His piece was bought by a crypto giant MetaKovan for $69 million at an auction at Christie’s. Since the sale, Beeple became a worldwide sensation, gaining millions of followers on his social media platforms.

We have already talked about Pak, but the second person this famous NFT is associated with is not an artist. Most of you already know about Julian Assange. For those who don’t, he is an Australian editor, publisher, and activist who founded WikiLeaks in 2006. He faced a lot of persecution for revealing what was considered classified information by the US Army.

The Clock is an NFT from the “censored” NFT collection. It represents a collaboration between Pak and Assange and symbolizes rebellion and freedom. It counts down the days that Assange has spent in prison. It was bought for $53 million by 10,000 members of the AssangeDAO in February 2022. AssangeDAO is a crypto entity founded in December 2021 to free Julian Assange, who faces life in prison in the US if his extradition is pushed through.

This famous NFT by Beeple is a lot different from his last-mentioned work. This one is a physical/digital hybrid, with a 3-D video sculpture displayed in a box with four screens, much like the crazy billboards you can see these days with characters inside them looking like they’re popping out.

Although the actual NFT is physical, it comes with a smart contract that decides its ownership. Furthermore, Beeple will always have control of the NFT inside it so that he can constantly evolve and work on the image. It was sold at an auction at Christie’s in Christie’s 21st Century Evening Sale in November 2021 for $28.9 million.

This is not the last piece by Larva Labs that you’ll see on this list. Their CryptoPunks collection has a lot of high sellers, and CryptoPunk #5822 is one of them. This punk is one of the nine alien punks, and it is considered to be the truly most valuable CryptoPunk. His only distinguishing feature is his Blue bandana and ice-cold, light teal features.

What a surprise, it’s CryptoPunk again! There’s a reason this collection is so popular in the world today. You could probably get Vice to make a “Most Expensivest” NFT edition episode based only on this famous NFT collection. CryptoPunk #7523 is one of the nine alien punks and was originally the most expensive CryptoPunk until CryptoPunk #5822 broke its record.

This alien punk has three distinguishing features: its wacky gold earring, the hand-knitted cap, and the Covid-reminiscent medical mask. It was last sold at Sotheby’s auction for $11.8 million in June 2021, and it has been off the market since then.

What? Are there only CryptoPunks on this list? This article is about the most expensive and famous CryptoPunk NFT sales. Shenanigans aside, CryptoPunk #4156 is one of the 24 Ape Punks with a bandana similar to the one #5822 has.

This CryptoPunk was bought in December 2021 by a user known only as TheReal456. It was sold for more than $10 million and has been taken off the market since then.

I know you’re bored from hearing about the CryptoPunks. We’re almost through them, I promise you. CryptoPunk #3100 is identical to #5822, except this one has a headband instead of a bandana. The price difference shows that bandanas are much more in fashion than headbands. Interestingly, only 4% of the punks wear headbands.

It’s the CryptoPunk’s world, and we’re just living in it; here I am presenting the fifth consecutive CryptoPunk on this list. CryptoPunk #7804 is my favorite, probably because he’s the coolest one of all the aliens. He’s wearing a stylish cap and shades and has a brown pipe in his mouth.

7. Right-Click and Save As Guy by XCOPY

Finally, a moment of reprieve from the CryptoPunks! XCOPY is an artist well-known for depicting death, dystopia, and apathy through flashing imagery and distorted loops in glitched GIFs. His works contain subtle references to the crypto community. He is one of the first known creators of NFT, but his real identity is still unknown.

This NFT is one of a kind and not part of any other NFT collection. It references the age-old joke amongst people who don’t understand NFTs and the digital space: “Why would I buy it when I can right-click and save as?” It was last sold for $7.09 million and is one of the most influential and famous NFT artworks still out there.

According to his Instagram bio, Dmitri Cherniak is a Canadian-born artist who lives in New York City. His artistic medium is automation, and he prefers to call his work in NFTs “Hand-coded Goods.” His Ringers collection is quite famous. You can wrap a string around a set of pegs in infinite ways. Using an algorithm, you can produce many surprising combinations. Every piece in the Ringers collection is generated from a unique transaction hash in a browser using Javascript. The variations include peg count, layout, sizing, wrap orientation, and a splash of colors for variety.

The entire collection of Ringers has a $73 million transaction volume, making it one of the most expensive collections of NFTs today. Ringers #109 was sold for more than $6.9 million in October 2021. This famous project has had many owners and is currently owned by 55FAFO, who bought it on OpenSea.

And the Punks are back, and this time it’s Zombie Punks. This CryptoPunk is a zombie and was the most famous CryptoPunk species until a few years ago. CryptoPunk #8857 was sold for $6.63 million to a user known as 0xdf3ac. It was sold in May 2018 and is currently not listed on any NFT marketplace.

The ZombiePunk is wearing 3D glasses and has messy, curly hair. The drool coming out of its mouth signifies its status as a ZombiePunk. This is the last of the CryptoPunks, so say your farewell to this collection as we move on to other projects.

Crossroads is another one of Beeple’s famous NFTs. The NFT depicts a giant Donald Trump lying dead on the grass, with his skin printed with graffiti insults like “LOSER,” reflecting his loss in the 2020 elections. Trump is not a popular politician(with most people), and this is not the first time he has been part of insulting imagery. Beeple also created another version just in case Donald Trump won the elections. This NFT was sold on Nifty Gateway for $6.6 million.

Ross Ulbricht is famous for creating a darknet website known as the Silk Road in 2011. The website used Bitcoin as currency and was protected by the Tor protocol. It was used for all sorts of illegal sales, including narcotics. Ulbricht was caught and indicted in 2013 and was given a double life sentence plus forty years without the possibility of parole. He has been in jail ever since.

This NFT piece is known as Perspective, a pencil drawing made by Ulbricht while in prison. It’s part of the Genesis collection. The collection was compiled into a single NFT using Kanon’s KSPEC protocol. The NFT was sold for $6.28 million, and the money is being used to help families of people who are incarcerated as well as to free Ulbricht from jail.

2. All-Time High in the City by XCOPY

Another of XCOPY’s works, this NFT sports the sinister tones of red, black, and white and depicts a skeletal ferryman taking a businessman across the River Styx. This famous NFT was minted on SuperRare.

A person called rarecollector3000 bought this in January 2022 for roughly $6.2 million. It’s currently listed for $39 million on SuperRare. That’s a very ambitious price tag, but you never really know how much someone will pay for an NFT they like.

1. A Coin for the Ferryman by XCOPY

XCOPY seems to have a particular soft spot for the Ferryman. Another piece with death and dystopia as its theme, “A Coin for the Ferryman” was sold for $6.02 million in November 2021 to a user called jpeggy on SuperRare. The NFT is currently not for sale. 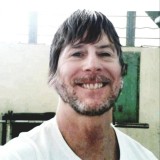