HBO Europe is NO JOKE and has constantly been a go-to for programming after exhausting myself out on U.S. shows.

Plus to be frank two of these shows are just not the best on HBO Europe but the best of all time period.

More on that later.

As you know we’re not big on talking so let’s get right into this bad boy.

Ciro disregards tradition in his attempt to become the next boss of his crime syndicate. The internal power struggle puts him and his entire family’s life at risk.

IF YOU DON’T WATCH THIS I FEEL SORRY FOR YOU

Umbre follows Relu, an enforcer for a small-time mob boss, as he struggles to keep his family in the dark about his job. The secrets Relu keeps become increasingly oppressive and the lies begin to surface.

The corrupt cop from UmBRE S2 is one of the best all-time characters from any series… peroid.

Fact: Gomorrah and Shadows were 2 and 3 only behind “The Wire” for best TV series of all time!

The body of a young woman is discovered in the icy river. The investigation is led by Zawieja for whom solving the case will be a fight for herself. 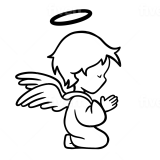